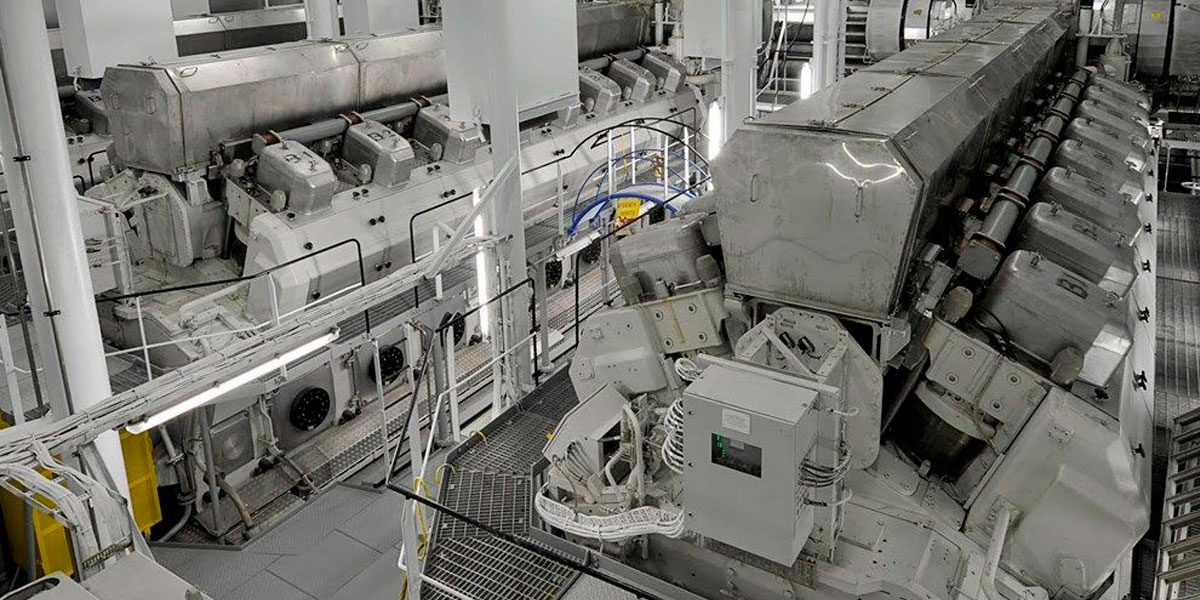 In spite of taking all the precautions and safety measures while handling engine room machinery systems, accidents are bound of take place in the ship’s engine room.

Many of these accidents are extremely dangerous not only for the ship’s property but also for the lives of seafarers. Mentioned below are such types of engine room accidents which watchkeeping offices must be aware of.

Explosion of ship’s crankcase is one of the most dangerous accidents in the ship’s engine room which has led to devastating consequences, including loss of lives in the past.

In case of crankcase explosion, follow the below mentioned points:

Blackout condition is a scenario on a ship, wherein the main propulsion plant and associate machinery such as boiler, purifier and other auxiliaries stop operating due to failure of power generation system of the ship – generator and alternator.

With technologies and automation, measures are provided to avoid such blackout situation by means of auto load sharing system and auto standby system in which the generator set that is running in parallel or standby comes on load automatically if the running diesel generator fails.

In case of blackout following precautions and actions should be taken:

Before starting the generator set, start the pre- lubrication priming pump if the supply for the same is given from the emergency generator; if not, then use manual priming handle (provided in some generator).

Start the generator and take it on load. Then immediately start the main engine lube oil pump and main engine jacket water pump. Reset breakers and start all the other required machinery and system. Reset breakers that are included in preferential tripping sequence (Non-essential machinery).

It requires both skills and patience to tackle a situation like blackout specially when the vessel is sailing or maneuvering. However, the best way to tackle such situations is to be calm and composed; and to know your engine room and machinery very well in advance.

For a fire to occur we need three elements which make the fire triangle. The three important elements for any type of fire are:-

Oxygen -this is available plenty in the scavenge space.

Heat source- this could happen because of blowing by of gases between piston rings and liner or as a result of any rubbing between two surfaces.

Fuel- this can be from un-burnt fuel, carbon or cylinder lubricating oil leaked into the space.

When all these elements are present in a proportion ratio and are within the flammable limit inside the scavenge space the later become a hot spot.

The fire which thus results is known as the scavenge fire.

Action taken in case of a scavenge fire depends on the type of the fire, whether small or large. In case of large fire the following signs will be easily visible – the peeling or blistering of paint, large reduction in engine rpm and surging of turbocharger.

There are many reasons for scavenge fire. However, the main ones are as below:

Exhaust gas fire takes place in the exhaust gas boiler because of unburnt residue of fuel and lubricating oil deposits. The response for tacking EGB fire will be different for different stages.

When there is stage 1 fire, i.e. normal soot fire: 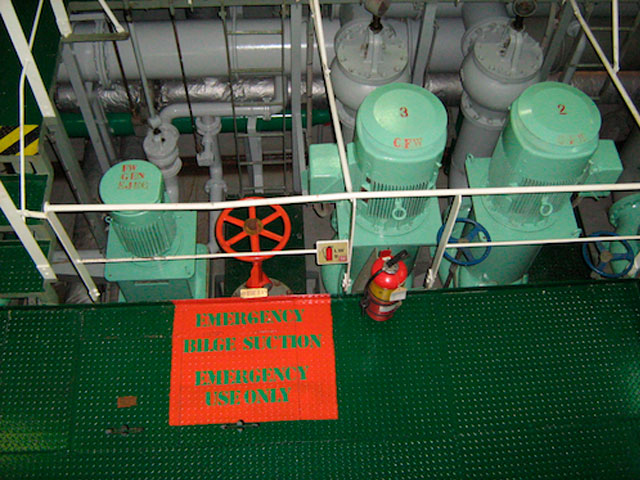 1. Leakage from Equipment and System

The leak can also take place from any of the fresh or sea water pipelines due to which a lot of water can enter the engine room leakage from manhole, or crack in the water tank can also lead to engine room flooding.

Sea water or fresh water piping and system of the engine room are huge in size and thus hold large possibility for leakages.

Action to be taken in such situations:

2) In Case of Leakage from Overboard Valve

If the leakage is after the valve and if the valve is holding shut, it is better to keep the valve shut if the system to which the valve supplies water can operate without its (valve) need.

In case of leakage due to damage from any accident like collision or grounding, there is nothing much that can be done as the opening in the bulkhead is large and there is no chance of stopping the leak.

In such cases, the captain has to decide whether the ship is a safe place to stay or not and decision for abandoning the ship has to be made. In case of abandon ship signal being announced, the crew should muster to their respective lifeboat and abandon ship operation should be carried out.

For any of the above reasons, if the water level ingress in the engine room is very high, then open the emergency bilge ejector valve with consent of the chief engineer and pump out the water overboard. Entry of the same is to be made in oil record book (ORB) with date, time, and position of the ship and reason of direct discharge with signature of officer involved in operation, chief engineer, and master should be registered.

Chief engineer has to be reported immediately in such condition without any delay.

A ship consists of electromechanical steering gear unit which steers the vessel from one port to other. Normally steering gear unit is 2 or 4 ram electro-hydraulically operated unit with two or more hydraulic motors for the ram movement.

A situation can occur in which the remote control operation may fail to work and their can be a sudden loss of steering control from the bridge. This can be due to sudden power failure, any electrical fault in the system or the control system, which includes faulty tele-motor or servo motor which is used for transferring the signal from bridge to the steering unit.

To have control for steering the ship in such emergency situation with manual measure from within the steering gear room, an emergency steering system is used. 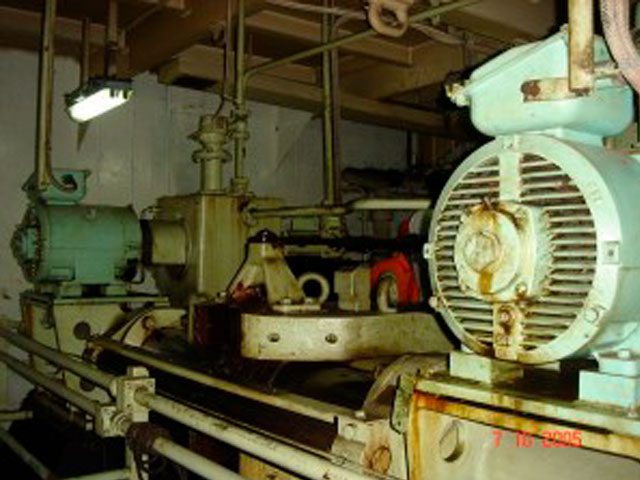 Even in emergency situation we cannot turn the massive rudder by hand or any other means, and that’s why a hydraulic motor is given a supply from the emergency generator directly through emergency switch board (SOLAS regulation). It should also be displayed in the steering room.

An emergency steering drill should be carried out every month (prescribed duration – 3 months) in the steering gear room with proper communication with bridge to train all the ship’s staff for proper operation of the system so that in emergency situation ship’s control can be regained as soon as possible, avoiding collision or grounding.